Your Location: not set

Check out our specials by location

No luck finding exactly what you need? Have additional questions you can't find the answer too? Then message us or if you rather talk to a real life person call us at [set location to see number]

BREAK THE SILENCE: THE MOVIE 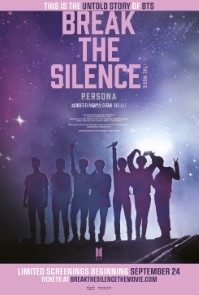 BTS WORLD TOUR 'LOVE YOURSELF: SPEAK YOURSELF' is now over. The worldwide stadium tour topped the Billboard Boxscore, and marked BTS as the first Korean group to perform at Wembley Stadium. The tour took place across Los Angeles, Chicago, New York, São Paulo, London, Paris, Osaka, Shizuoka, Riyadh, and Seoul. With unprecedented access, BREAK THE SILENCE: THE MOVIE travels with BTS throughout the tour, exploring each band member behind the curtain. Off stage, we see another side of BTS. The seven

Select a location to view showtimes

Follow us
This error message is only visible to WordPress admins


Error: API requests are being delayed for this account. New posts will not be retrieved.

Make sure this account has posts available on instagram.com.